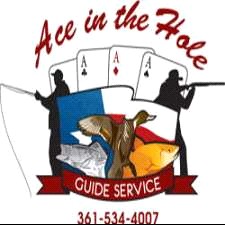 A Time of Bounty for Fishing Enthusiasts and Duck Hunters

As for you waterfowl hunters, I really like the month of November for three distinct reasons!  One, the season has just begun and there are fewer hunters it seems due to other hunting seasons (like the beginning of deer season that overlaps. Two, the weather is cool and mild when compared to December and January.  Three, the fishing is superb and  makes for a fantastic day of “Cast and Blast” after your morning hunt! Since you’re already out there, get in on some fast-action fishing in the afternoon!!

October thru December are three of those “magical months” during the year in which to fish and duck hunt.  They are my personal favorites for getting on the water for a really nice day!  When October arrives here in the Coastal Bend, our water and air temperatures have normally cooled-down considerably (compared to summertime highs), and the ducks start filtering into the coastal marshes. We start to lose the seemingly endless supply of bait fish in the bays, and a lot less “fishing pressure” at the docks and on the water due to weekend “fishing warriors”.   Because of hunting season’s opening in October – across the nation, no matter what kind of bait you prefer to fish with, the bait of choice will usually produce a fish on the end of your fishing line.  The combination of all this, sets the stage, so let’s go into a little more detail about the fish, how to catch them, and where to find them during these magical months! 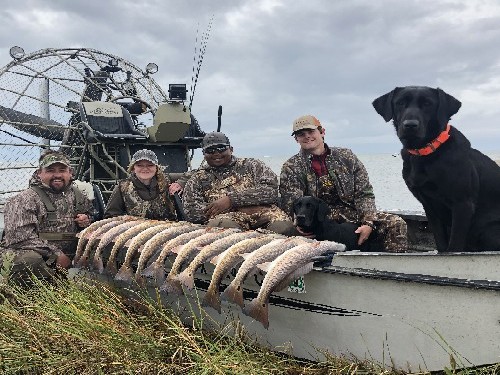 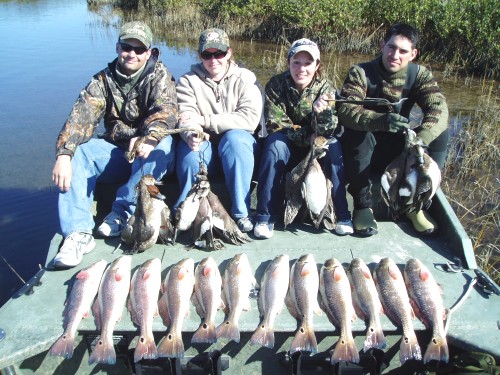 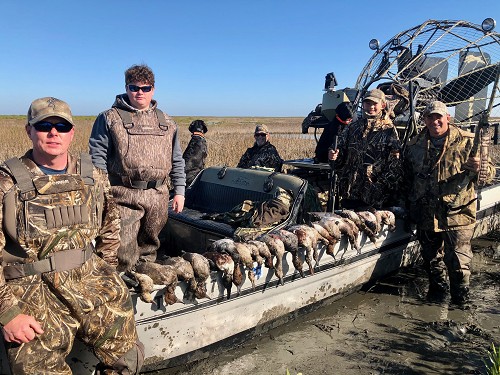 Speckled trout tend to start holding a little more over a darker bay bottom. Start your search in the mornings over darker bottoms such as shorelines with lots of  submerged grass beds, and mud/grass bottoms for your better quality of fish. Deep water is usually not an issue at this time of year, and nervous bait fish is always a plus holding on this kind of structure. The fish will more than likely only be in these kind of areas early in the mornings when our water temperatures have cooled during the night. Around the lunch time hour, after the outside air temps & water temps have risen, you should start looking towards more of a sand/grass and sand/shell
bottoms to be more productive. If you’re a live bait fisherman, one of the best baits to use is live piggy perch free lined over these areas. Artificial baits also start making a strong comeback during October and continue thru the fall months.  It’s not exactly rocket science this time of year the either – just pick just about any bait that you have confidence in out of your tackle box and tie it on.  As long as you have confidence in your selection of lure, and some bait fish in your fishing area, the lure of choice should produce some nice catches for you.

Redfish are pretty much a given during October and November.  They will be mainly on the shorelines and on the flats which have a lot of grass and sand pockets. One of the best ways to find redfish is to look for a lot of large mullet leaping out of the water. Also try fishing the windward shorelines and wind swept points in approximately 1 to 2 feet of water. Some of my favorite places to find redfish during this time of year too is at or near the mouths of the many creeks leading into our back lakes on a falling tide.  As for the bait of choice, the months of October and November – make it so easy!  With the falling water temps, a lot of the little “bait robbers” & “tail biters” will start to leave our bays during October and into early to mid November too.  All natural baits will work for redfish during these months (e.g. croaker, piggy perch, finger mullet, mud minnows, shrimp,  and cracked blue crab.)  As for the artificial side and wade fishing, stick with the 3″ and 4″ soft plastics with a paddle tail for vibration and gold spoons. 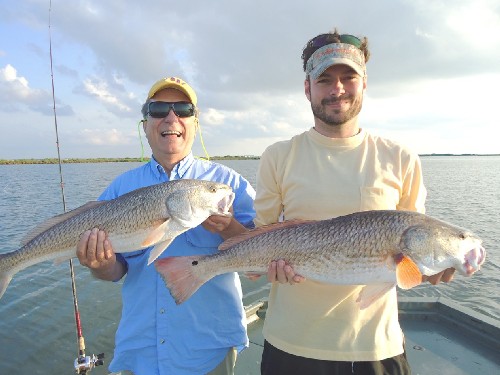 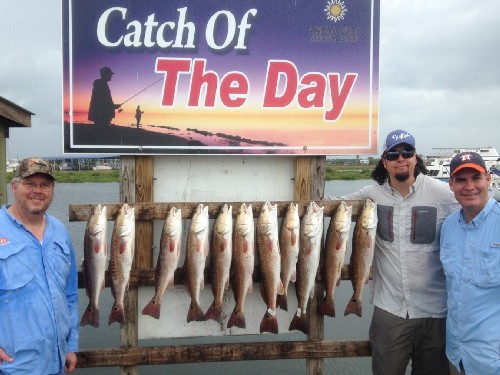 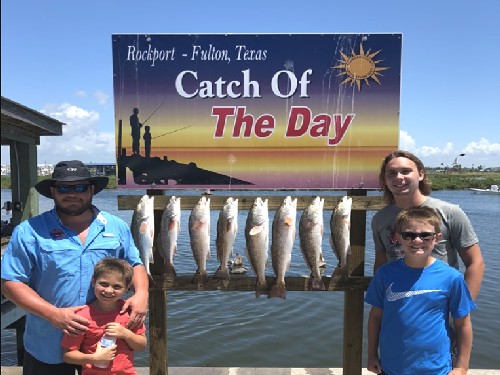 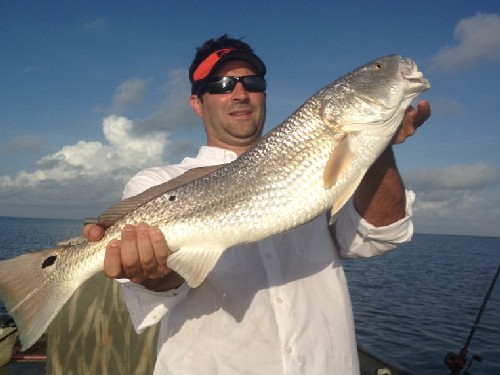 Some of the not so glamorous fish that are always eager to bite in October are the Black Drum and Sheepshead. These fish are great table fare and easy fish to catch for all fisherman. The bait to fish with is a simple one; live shrimp fished under a cork. The kind of areas you need to fish and look for are shallow oyster reefs such as we have in Carlos, Mesquite, and San Antonio Bays. Anchor your boat so that you can fish along the edges of the reef and on top of it. After you have fished a spot for 10 to 20 minutes with no luck, move on. But if you should catch a fish or two fairly quickly after setting anchor, fish the area for at least another 20 minutes before moving on. Many times where there is one of these fish, there are others nearby.

If you haven’t tried October saltwater fishing, or a November duck hunt, it is time to do so.  It is truly a great time of year to be out on the water, and also a time for “anything goes”.  I would be willing to bet that you will have a memorable experience with what October, November, and December bring!  It’s a time of bounty for both fish and ducks and with the holidays, a bounty of family, friends and the great outdoors for all!!